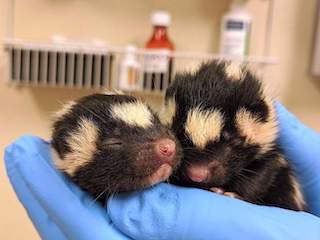 When full grown, spotted skunks can direct their scented spray at targets up to 15 feet away. These two baby skunks were transferred to us from our friends at Peace River Wildlife Center (PRWC) after their mother was accidentally killed by shifting solar panels. Thankfully, they are still too young to have mastered control of their pungent perfume, but they certainly have that familiar stink to them! 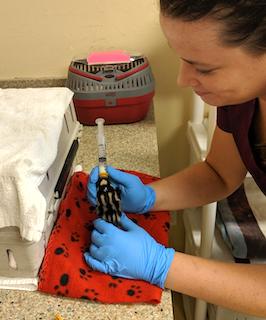 Baby spotted skunks, or kits, are very reliant on their mothers in the early stages of their life. The kits are born blind and have their eyes sealed shut for the first three weeks of life. As in all mammals, spotted skunks nurse their young with milk. When these babies lost their mother, they were still dependent on their mother’s milk. At CROW, we’re able to bottle feed using specialized milk substitute until they’re old enough to be weaned around the age of two months. 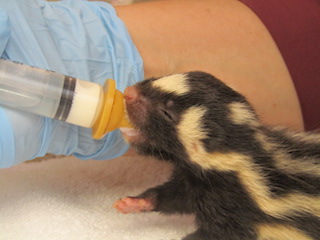 We have the first opened eye in one our baby skunks! This process typically begins about three weeks into life for the spotted skunks. The little stinkers continue to nipple feed enthusiastically and have been gaining weight each day. 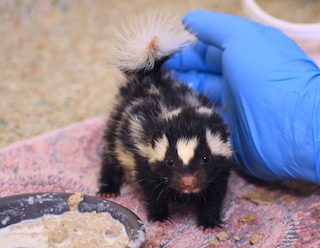 Both little skunks have now fully opened their eyes. They have also continue to do great with suckling during their five nipple feeds a day and continue to gain weight. Today, rehabilitation staff began offering a mash of solid food soaked in milk to begin the weaning process onto solid foods. 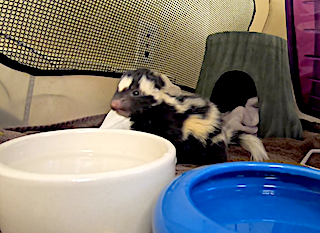 With their newly gained perspective on the world, the young skunks have started to become more adventurous and moving around their enclosure (Watch on our Youtube Channel!). They continue to receive "mash school" each day although they have not been the biggest fans of it and still prefer their milk feeds from a nipple. 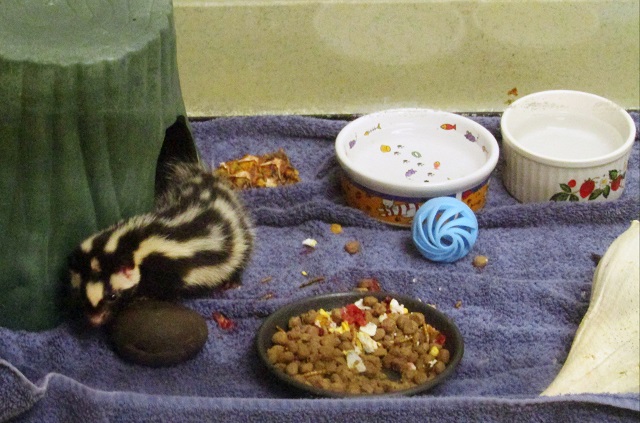 Our skunks continue to eagerly eat and have made the full transition from milk to their juvenile diets. They particularly enjoy eggs and crickets in their chow. We're regularly adding enrichment to their cages as they love to explore new things! We have to be careful now as they are beginning to master their handstand and spray! 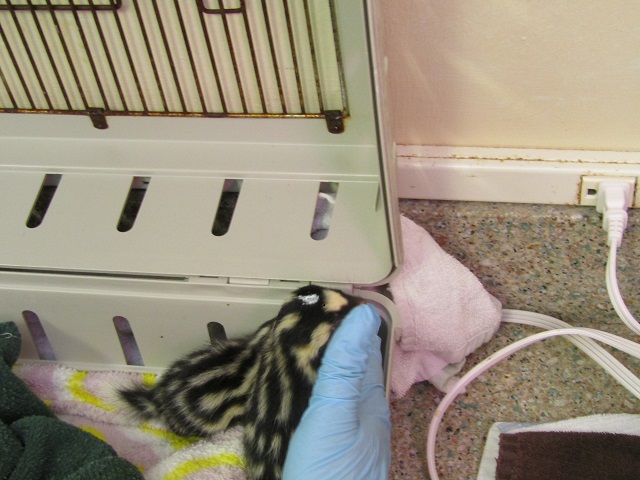 With a strong appetite and curiosity for the world, these skunks are just about ready to be moved outside! After some final vaccines and blood work they’ll be ready for the transition this weekend. A larger cage outside will continue to encourage their exploration and prepare them for the outside world! 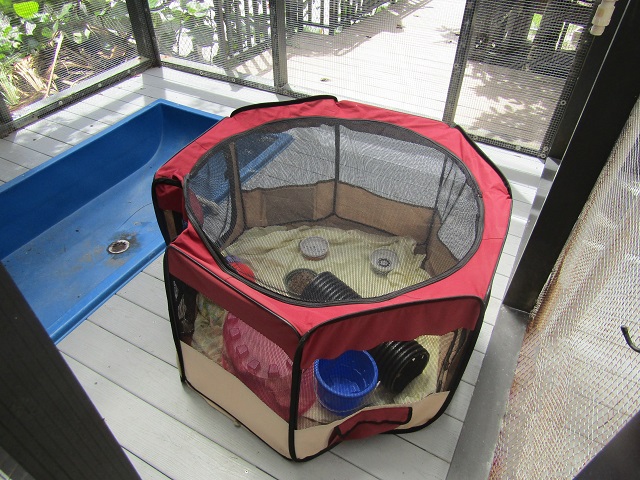 Our little skunks have finally begun the transition process to their outside enclosure! At this point they are staying all day and night outside in their soft-side cage as they get used to being outdoors. Before the big change we'll spice up their cage with all sorts of habitat enrichment including; logs, branches, greenery and a sand pool for digging.

While outside the skunks became very independent and showed all the wild tendencies we look for in animals raised at CROW. After three months in care they reached the age, size and maturity to survive on their own in the wild and were able to be released!