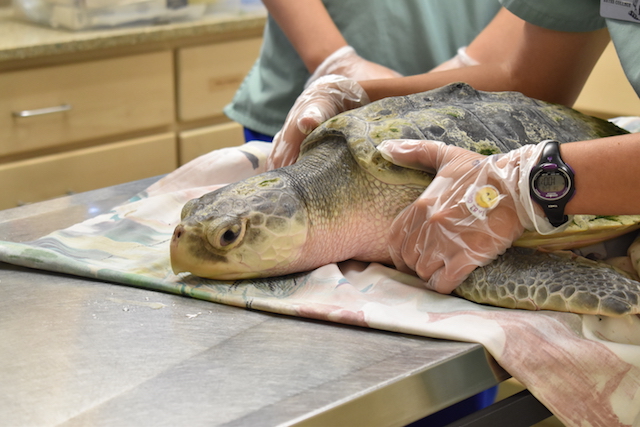 Kemp's Ridley sea turtles are one of the most critically endangered species of sea turtle. They are also one of the smallest species.

This juvenile turtle was admitted from Boca Grande after it was found near the cause way acting very lethargic. The turtle was rescued and transported to CROW by the Boca Grande Sea Turtle Association. 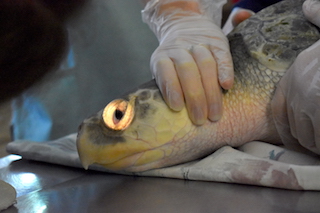 On presentation, the turtle was quiet but alert, with neurologic deficits (weakened ability to move flippers, delayed reflexes), and had superficial corneal ulcers in both eyes. Initial bloodwork revealed a mild anemia. Veterinarians are suspecting brevetoxicosis, and the turtle received IV medications upon admission. Topical antibiotics are being used to treat the corneal ulcers. Bloodwork and neurologic exams will be repeated daily to track its progress and adjust treatment accordingly.

The turtle spent its first 24 hours at the clinic "dry docked" while it received treatment for brevetoxicosis and antibiotics for corneal ulcers. The turtle was moved to a shallow freshwater tank today and will be transitioned to saltwater in the next few days. The tank will be made deeper as the turtle's neurological signs improve. 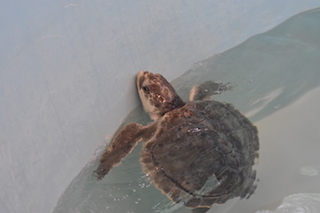 Over the weekend, the turtle's ulcers in the eyes have resolved. It has become more active and alert in the tank, but its appetite has yet to return. Staff are hopeful some live crabs will help get it eating again.

It was reported over the weekend that the young Kemp's ate two fish on its own during one of its feedings. The turtle remains very bright and alert in the tank.

Our wildlife rehabilitators report that the turtle is now eating great on its own. It is being fed fish and squid along with small live crabs. 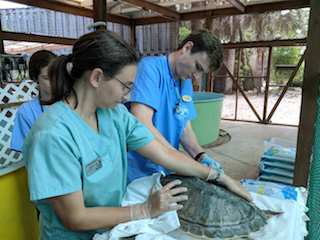 The juvenile Kemp's turtle has been cleared for release by veterinarians. It was tagged with two front flipper tags and a passive integrated transponder (PIT) tag this afternoon in accordance with state regulations. 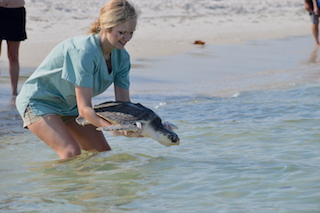