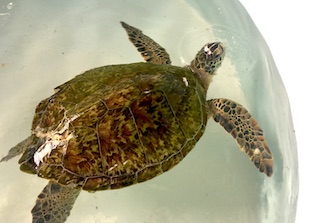 Green sea turtles are one of three species of sea turtle found in the waters off Southwest Florida.

On Monday, February 26, a juvenile green turtle was found floating in the water with a condition known as "bubble butt". The turtle was rescued and brought to the clinic for treatment. 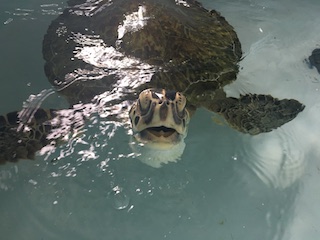 This morning, a full exam was given to the green turtle including a set of radiograph images. The images indicated there was gas in the turtle's GI tract which may be the source of its trouble diving. The turtle also has an older wound on its carapace (upper shell) from a suspected boat strike. The wound was flushed and cleaned, but it appears to be healing well on its own. Blood samples were taken to send out to test for brevitoxicosis, or red tide poisoning. The results can take up to three weeks to be returned. After the exam the turtle was placed in one of the larger turtle tanks. 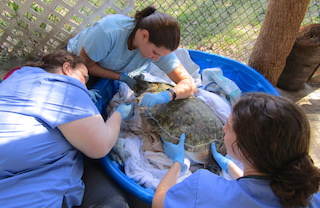 A procedure called a coelomocentesis was performed to remove air trapped in the turtle's body cavity. 560 mL of air were able to be removed. 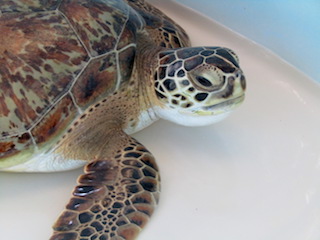 The green sea turtle's tank was cleaned today. It has been offered lettuce and other greens and has been eating on its own. It's "bubble butt" condition has yet to resolve. 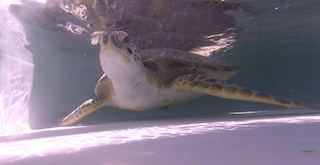 Over the weekend, the green turtle has shown an improved appetite, but is still having trouble submerging. Further tests may also be necessary to determine if there is spinal damage from the old boat strike wound. 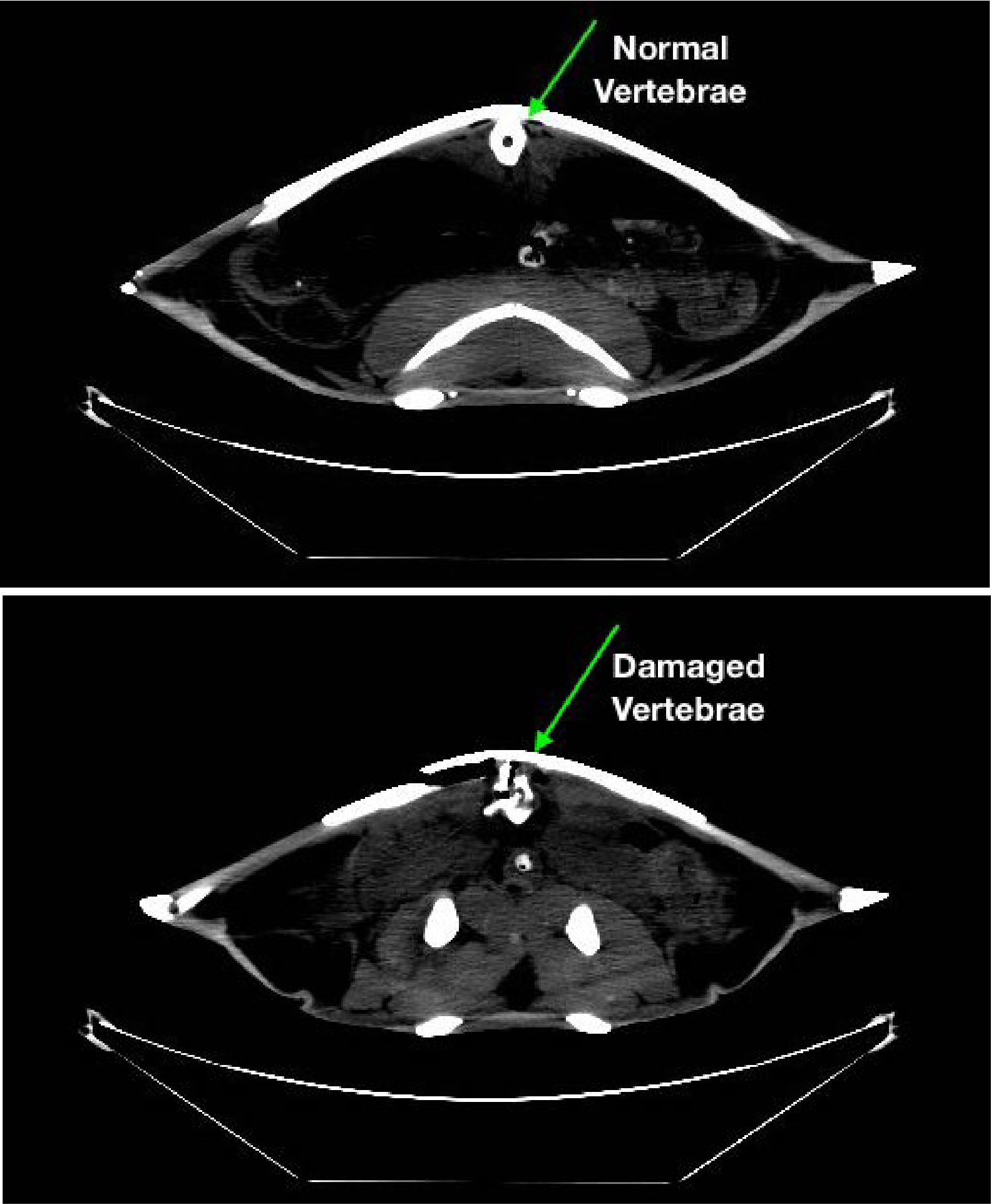 The green sea turtle (#18-0371) received a computed tomography (CT) scan today thanks to our friends at Specialized Veterinary Services. The scan revealed that the turtle suffered spinal damage from the boat strike injury, which makes it unlikely the turtle will be able to be released. Veterinarians are hopeful they will be able to resolve the buoyancy issues and the turtle can be placed in a permanent home at a zoo or aquarium. 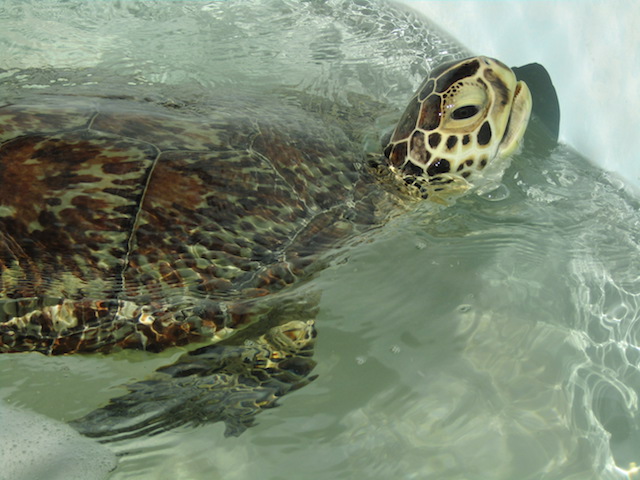 A second coelomocentesis was performed today to remove more air which was visible on the CT scan last week. Veterinarians were able to remove approximately 2 liters of trapped air. The turtle's buoyancy, however, did not improve. Veterinarians are hopeful the turtle will have a bowel movement in the coming days which would indicate her GI tract is not affected by the spinal cord damage. 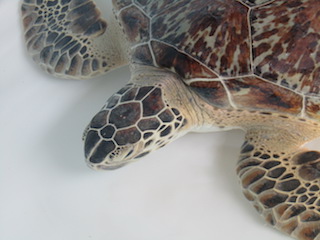 The green turtle was given an enema today to see if that would help with defecation. During the procedure, the turtle urinated and produced urates, but no feces yet. Staff will continue to monitor for fecal production. The turtle was also noted to have some mobility in both hind flippers when it was out of water. 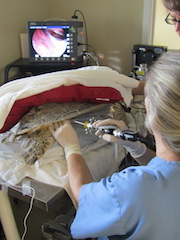 Veterinarians viewed the turtle's GI tract using an endoscope. An endoscope is a tiny camera which goes inside the body cavity through a small incision. There were no blockages found and the muscles of the GI tract all appear to be functioning normally. Further diagnostic testing is still pending.

After many efforts to resolve the buoyancy issues and ensure the turtle had proper function of its GI tract, a tough decision had to be made. Combined with a lack of improvement in buoyancy, the turtle also refused to eat, despite many attempts by the staff, leading it to lose a significant amount of weight. Veterinarians, with the approval of FWC officials, made the call to ensure the turtle would not have to suffer and humane euthanasia was elected.

A necropsy on the turtle was performed yesterday afternoon. Although the veterinarians were unable to see it with the endoscope, it was determined that the GI tract was indeed backed up and not functioning properly as a secondary result of the boat strike injury.