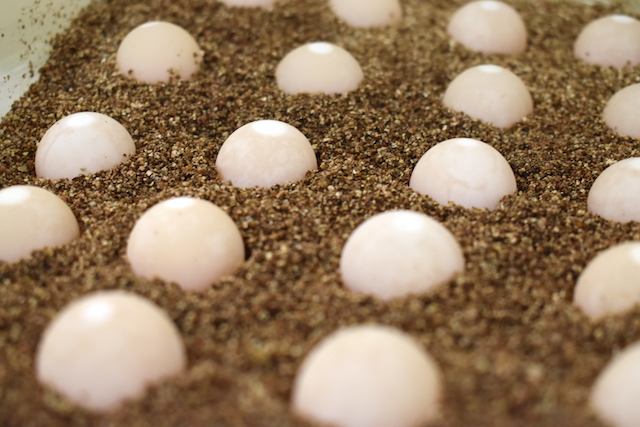 Florida softshell turtles are a freshwater species of turtle found in lakes, ponds, rivers and swamps throughout the Southeatern United States. They often have to cross roadways to find suitable nesting sites to lay their eggs.

On February 27, an adult female Florida softshell turtle was hit by a vehicle in Cape Coral, Florida and admitted to the CROW wildlife hospital. During her intake exam she began laying eggs. A total of 24 eggs were laid right in the hospital exam room.

Sadly, the mother turtle had suffered more severe internal injuries than diagnostics first showed. She passed away overnight. Thankfully, her 24 eggs that were laid at the time of intake were able to be saved. They were placed in vermiculite and will be incubated at the hospital. If they are viable, they will hatch in 60-80 days.

CROW's wildlife rehab team have been incubating the eggs for 58 days. As the expected hatching window approaches, the team "candled" the eggs to check if they are indeed viable. Candling is when a light is held up to the egg making the shell translucent. If the egg is not viable, the egg will be completely translucent, but if it is viable they will see what you see in the image included with this update! All 24 eggs are viable and are expected to hatch within the next couple of weeks. Stay tuned for hatch reports as they happen! 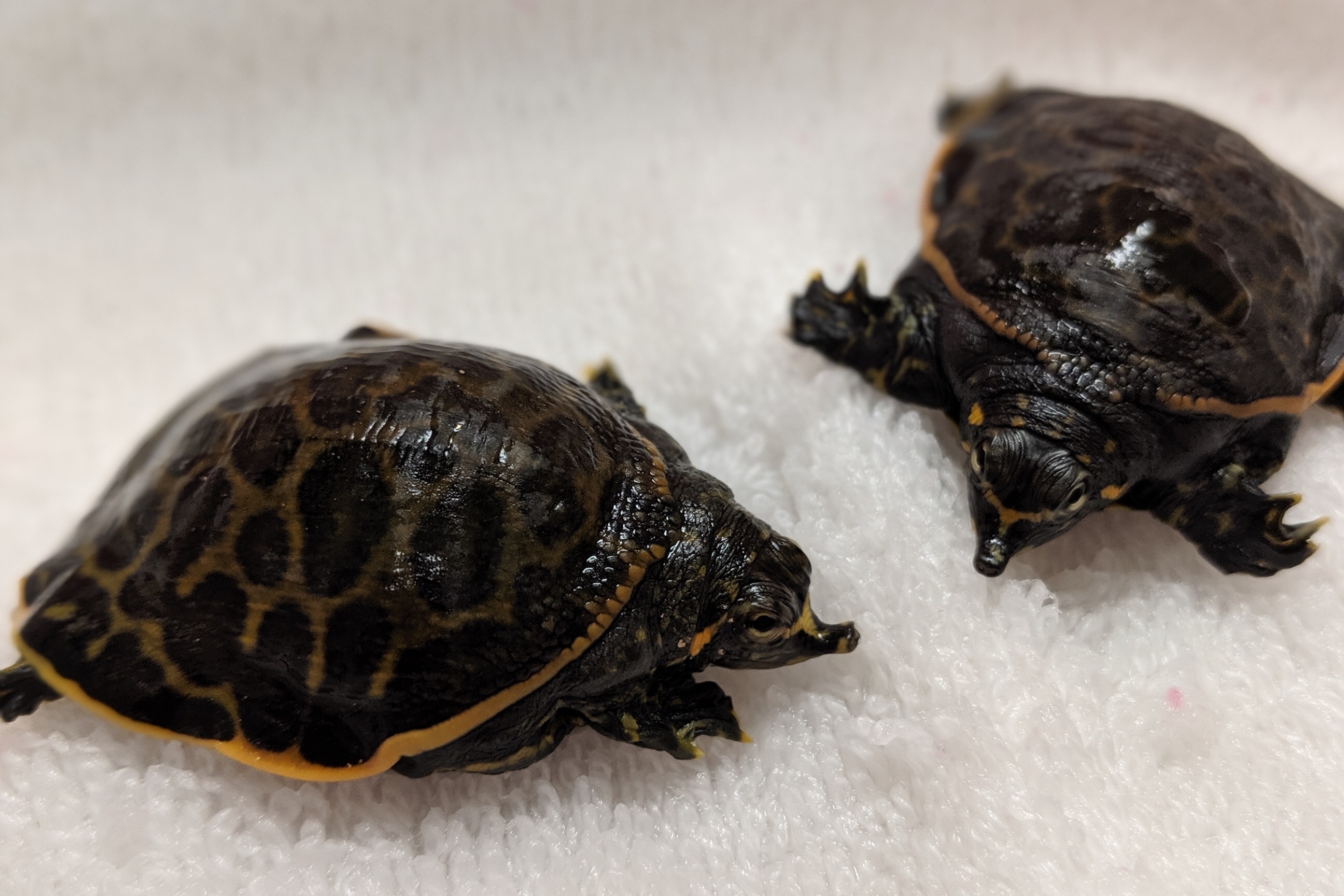 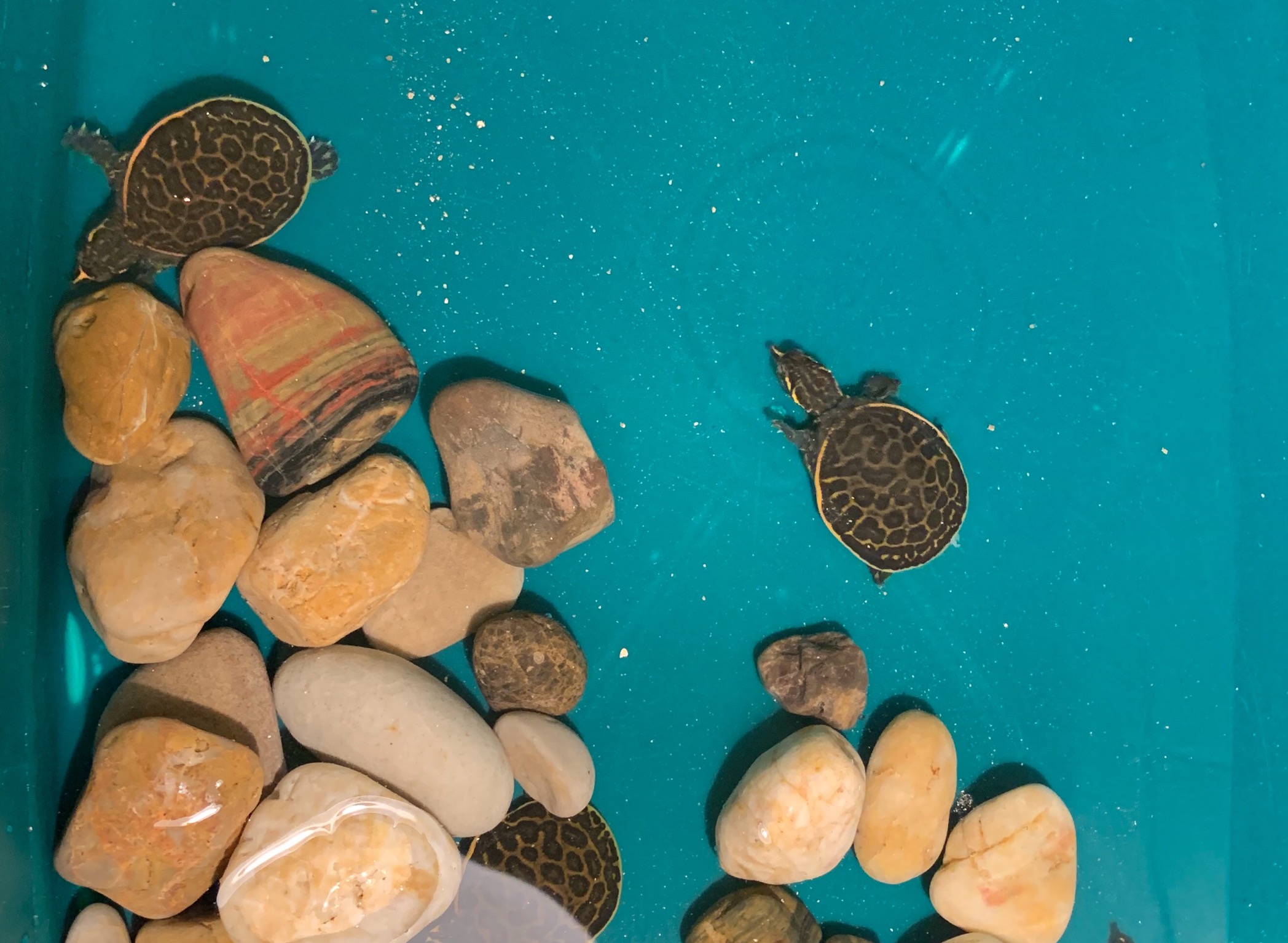 When our staff arrived this morning, they found that 23 of the 24 eggs had successfully hatched from their eggs. The young turtles were rinse off and provided a habitat. These little guys are already able to swim! The hatchlings will be checked and monitored for a day or two to ensure they are healthy before being released to a freshwater canal, pond or other waterway near where their Mother was rescued. 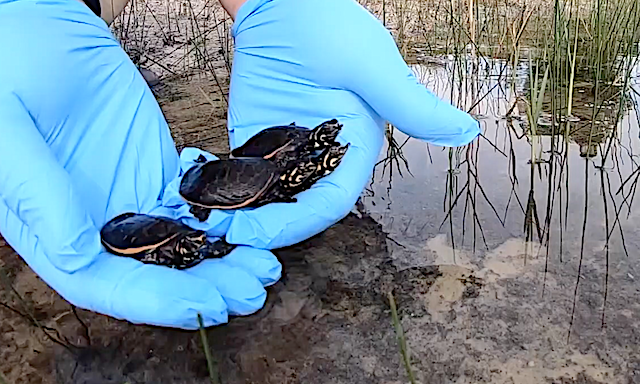 The 23 Florida softshell turtles that hatched over the Mother's Day weekend have been released!! They were divided into six groups and dispersed to freshwater ponds in the area where the mother was rescued nearly three months ago. One egg remains unhatched, but rehabilitation staff is hopeful it will hatch soon. Visit our YouTube channel to see video of four of the six groups being released!