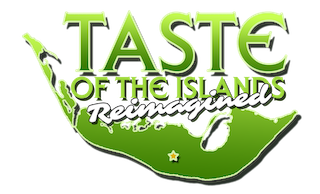 SANIBEL, Fla. (October 8, 2020) — The Clinic for the Rehabilitation of Wildlife (CROW) has announced the 31 restaurants participating in the 39th Taste of the Islands this November.

Taste of the Islands has been reimagined this year to prevent the spread of COVID-19. Each participating restaurant will be offering their “Taste” items to showcase their cuisine throughout the month of November. A portion of the proceeds from those designated food and beverage “Tastes” sold will be donated to CROW.

In lieu of an admission to the event, participants can purchase a “Taste Passport” with a listing and map of participating restaurants. Each restaurant will stamp or punch the passport so patrons can track their progress. Only passport holders will be eligible to vote for their favorite restaurant to win the coveted ‘People’s Choice Award’ and be entered into a drawing for fabulous prizes including vacation stays and gift certificates. Passports will be available for purchase at CROW, all Bank of the Islands/Edison National Bank locations, Bailey’s General Store, Huxter’s Market & Deli, participating restaurants, or online for pick up at “Will Calls” both on Sanibel and off.

“This new format has allowed for more restaurants to participate than ever before,” says Alison Charney Hussey, Executive Director for CROW. “We are excited to be able to encourage diners to come to the islands, visit the restaurants themselves, perhaps a different one every day, all while helping to raise money for wildlife!”

Every Sunday from noon until 4 p.m., a ‘CROW CRAWL’ will feature restaurants in different areas of the islands for hungry patrons to visit. CROW’s Animal Ambassadors will be in the CROW tent in front of one of the restaurants, with Taste of the Islands sponsors featured outside other restaurants in the region. Although each restaurant is featured on one Sunday, diners can visit all of the restaurants and order their menu items at any time in November.

The 39th Taste of the Islands participating restaurants are:

Bank of the Islands/Edison National Bank has returned as the Presenting Sponsor. This is the eleventh year in a row that the bank has led the sponsorship for CROW’s signature fundraiser.

"We are so happy to support CROW's incredible work by returning as Presenting Sponsor for the Taste," says Willy Ocasio, Bank of the Islands Vice President and Sanibel-Captiva Office Manager. "Kudos to Alison and her team for reimagining this year's event to be safe and fun for everyone."

For more information, click here. Be sure to check out the Taste of the Islands Facebook event page and RSVP for live videos from restaurants, judging updates and more!